As some of you are already aware, our children’s curriculum, Gather ’Round, will be transitioning to Shine in 2014.

I can’t hear the word shine without hearing the song, “Shine,” from the Newsboys, running through my head. It’s a common word with many nuances of meaning. Dictionary.com lists 19 different definitions, including phrases and idioms.

Now, imagine reducing the word shine down to one picture. One simple symbol.

This is my task as designer for the new Shine curriculum. How does one distill a name down to a symbol? It’s a task that many companies fork over hundreds of thousands of dollars to design firms who specialize in visual identity programs. That’s how important a symbol can be. Imagine Apple without its apple, McDonald’s without the golden arches, Nike without it’s swoosh, CBS without it’s eye, NBC without the peacock (they tried it several years ago—it didn’t work and they brought it back).

The path to a final design, or any creative endeavor, is rarely the same from one time to the next. Sometimes, inspiration comes easily, the work flows freely, and the design is finalized quickly. But that happens mostly in our dreams. Most times the path is winding, twisting, vague, and has many forks. One must be on guard of pursuing things we “like”—things that appeal to our personal tastes—rather than things that will communicate best. Sometimes one has to double back to take a different fork or even go back to the beginning and start again. The result, however, is almost always rewarding.

Beginning. How does one begin? Well, for this project, I began by listening to the development team as they described their work, goals, ideas, and dreams. As I listened I wrote down image words I was hearing and as many as I could think of related to shine or shining—especially anything with a scriptural connection. Here are a few:

As I’m writing down words I also make some doodles as to how some of these might translate into an image: 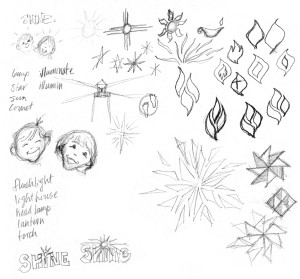 Eventually, I begin narrowing it down to images related to Matthew 5:14-16 which is one of the key passages chosen for the new curriculum. A city on a hill; a lamp on a stand: 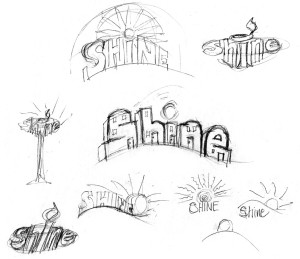 Round one. With ideas milling around in my head I let them stew for a few days, adding variations when inspiration strikes. With a deadline looming for a first draft I open up Adobe Illustrator and begin to experiment with lines, shapes, and typefaces. At this point I’m not worrying about colors yet. The final logo must work in black and white and that’s where I begin.

Here is the first round of logo ideas: 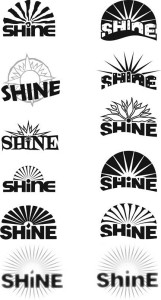 These designs are reviewed by everyone involved in the project at this point which includes directors, editors, marketers, and me. We narrow the choices down and I take the designs back to Illustrator.

Round two. As I refine the few selections I now spend hours working on a color palette and finalizing the typeface. We don’t want the colors to be too close to those used for Gather ’Round. The colors will help signal a “new thing.” While Gather ’Round’s predominant colors were purple and periwinkle blue I reason that Shine’s predominant colors will be deep blue and green with gold for the rays of light. 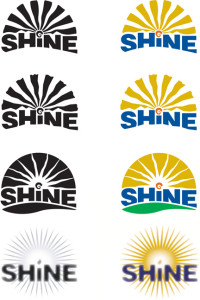 This is where this logo’s path began to get complicated. The biggest problem was due to the fact that when it was presented to the marketing team I was absent due to the flu. Reports came back regarding the colors. I misunderstood some of the terminology used in describing the color palette. Where I think of a “muted” color as being darker, muddier, less-pure; the intention was something lighter and not as bold—what I call tints. They wanted a brighter, yellower gold. But they also wanted more natural, earthier colors. Expectations were conflicting and it wouldn’t get resolved for a while…

…at least not until next week when the final logo will be revealed. You’ll see it here first! 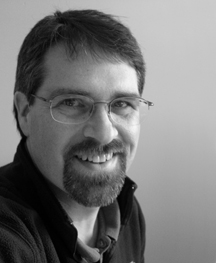