This past week I had the privilege of hearing Diana Butler Bass speak at the Protestant Church-owned Publisher’s Association (PCPA), a professional organization which brings together staff and leadership of the major denominational publishers in the U.S. Diana is “an author, speaker, and independent scholar specializing in American religion and culture.” You can learn more about her here.

She gave a talk entitled “Trending Faith: Up, Down, Forwards or Backwards.” Much of her material came from a book she has published called Christianity After Religion: The End of Church and the Birth of a New Spiritual Awakening.

She spoke about the fact that the U.S., a nation which used to pride itself in being largely Protestant (66% in 1960) is now a truly religiously pluralistic country; within the past year studies indicate that less than half (48%) identify now as Protestant. The biggest, and most dramatic change, however, is among young people 18-29, for whom a large 35% describe themselves as religiously “unaffiliated” and another 11% were non-Christian religions.

Of particular interest was the startling difference between the youngest and oldest age groups. Among those 65 and older, 69% were white Evangelical, Mainline Protestant or Catholic. By stark contrast, a mere 26% of 18-29-year-olds identified themselves the same way: an enormous change. Considering that most people fix their religious identity by the time they are 30, this does not necessarily bode well for those groups previously mentioned.

As she spoke, she showed a graph of religious affiliation, broken up by age groups. In her chart (below,) derived from a study done by Public Religion Research, those traditionally dominant groups, variously color coded orange, make a sort of “trapezoid” which shows how much their share is shrinking. Diana said that when she showed this to one denominational leader, he referred to it as the “trapezoid of death,” no doubt fueling anxieties that the decline was permanent. Denominational publishers can also find this depressing … 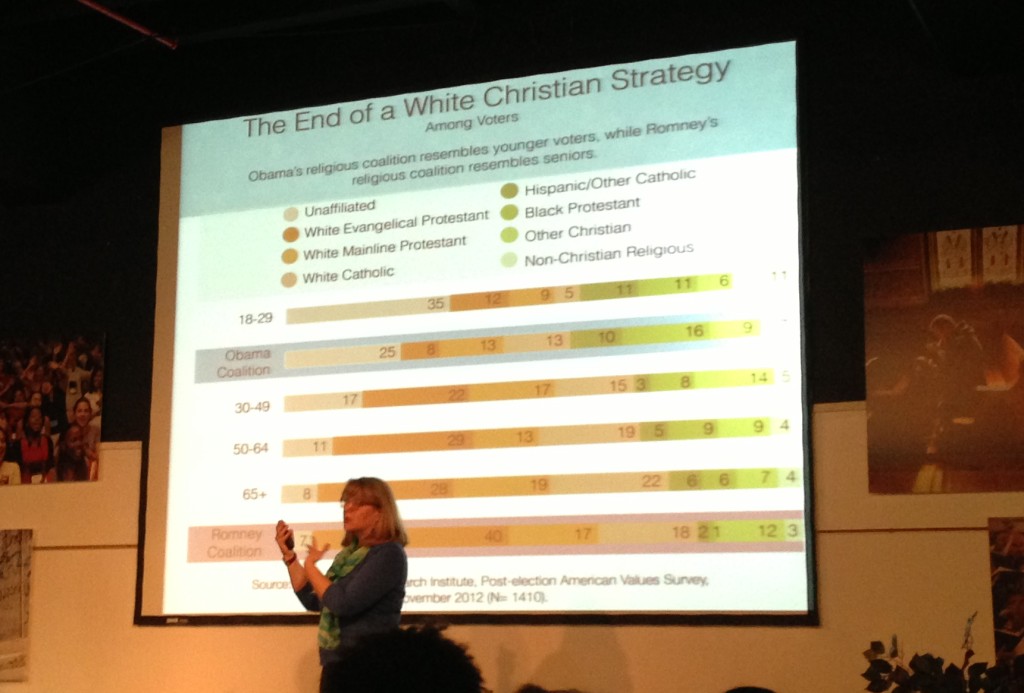 Diana also pointed out that the new, younger and “emerging” market (much of which self-describe as “unaffiliated”) is two-fold: a post-institutional, spiritual-but-not-religious cohort and racially, ethnically, and religiously pluralistic. She noted that, “the emerging (new and younger) market needs publishers, authors, theologies, resources that speak faith in languages they understand. And both are young, tech-savvy populations.” I found that encouraging for us, so long as we learn to be both creative and adaptive in our content and delivery.

Of greatest interest to me, however, was her advice to denominational publishers, given that our traditional market is older (but not yet gone!) and the younger market (and ethnically diverse as well) is not captive to us, as our older one once was. She said something similar to what we are already saying here at MennoMedia, “Publishers and authors have to deliver new content in a multitude of new ways through non-traditional channels to entirely new readers in audiences you must build yourselves and develop new ways of monetizing products … while at the same time … continuing to relate to the needs and concerns of traditional constituents.” In other words, we have to stretch ourselves and that’s a real challenge. For some publishers it may seem like too much. For us, we see it as an opportunity.

At MennoMedia we want to learn and use this new language and adapt both ourselves and our organization to be able to respond to this new opportunity and thrive in it. We are convinced that we convey vital messages for our time. 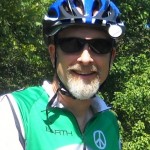