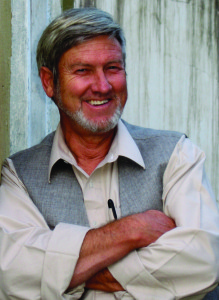 *Dantri was the name of affection people in Afghanistan gave to Dan Terry, whose life story is told in Making Friends among the Taliban, written by storyteller Jonathan Larson; it was published by Herald Press, Fall, 2012 and the subject of a documentary, Weaving Life, produced by college students at Eastern Mennonite University in cooperation with MennoMedia during 2012. The documentary aired on ABC-TV fall and winter of 2012-2013. 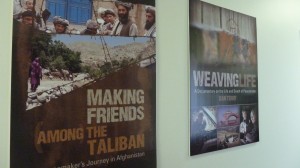 For something very different in this blog space, we’re sharing a poem by John Alter, the poet-chaplain at Christchurch School (Episcopal secondary school). Storyteller/author Jonathan Larson visited Christchurch School earlier in May, sharing the Weaving Life documentary and from Making Friends among the Taliban. Christchurch School is an Episcopal secondary school. This poem gives insights as to how the students at Christchurch were affected and Jonathan is eager to inspire other teens and college students. Contact us at MennoMedia for information on how to get in touch with Jonathan, or visit his webpage for the book. To preview a video clip from the documentary, check here. 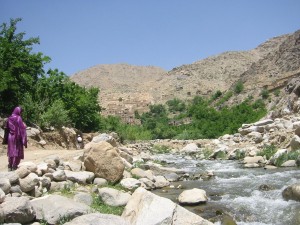 For my final theology exam I assigned
Who is my neighbor?  Designed

We have learned together over this year.  Nobody
Shut down.  No shoddy answers.

A few swerved, a few perhaps dozed off a little, some
Mumbled, stumbled, fumbled, sure

And the moments of pure intellectual elation…
Well, vacation threatens, but

Some obvious assumptions, an act of merciful
Sabotage long overdue.

The pull of the gospel in other words, what is true,
What is also beautiful,

And, Larson, you pulled on the rope and the great bell of
Mercy rang in the steeple.

What is merely prudent and self-serving, wondered what
Else they could do, might do, in

This life.  Before they shut down for the summer, looked in-
Ward a little even, knew

For a moment even that the only sin is to
Overlook your neighbor.  Here

That is our history fate and good fortune.  Dantri
Got into heads already

To some extent primed perhaps, persuaded that life
Is a great journey.  The knife

That cuts through the ego’s knot is love of self neighbor
And place.  Leave the door of your

Caravanserai ajar then, knowing that more and
Less are arbitrary terms,

Curiosity, is how we would like to decide
The curriculum.  Go out

Side, when pressed on the matter express some doubt that in
And out are meaningful terms.

Students squirm when sin is confused with rule-breaking, unless
The golden rule is at stake.

Then they confess to having taken some liberties
As Dantri did.  A sweet breeze

Moves through the apricot trees.  Who is your neighbor? Some
Mumbled a little, stumbled,

Nobody grumbled, and the story of Dantri claimed
A major part.   They named him

Query: If you’ve seen Weaving Life or read Making Friends among the Taliban, how did either impact you?