Just over two years ago, I received a surprising phone call from Dave Bergen (MC Canada, Executive Minister, Formation)  inviting me to serve as board chair of MennoMedia. After prayerful discernment, I said yes to partnering with the board, Executive Director Russ Eanes, and the other staff in service to the mission of MennoMedia:

“To engage and shape church and society with resources for living Christian faith from an Anabaptist perspective.”

Saying yes has given me an upclose experience of our denominational producers of faith resources.

In this season of thanksgiving that we have just come through in Canada and the U.S.,  I offer the following gratitudes.

First of all, I am grateful for Russ and the hard-working, dedicated staff. In these people, I see commitment, creativity and caring. 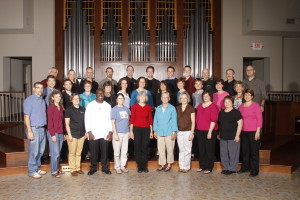 The staff of MennoMedia are one of our best resources (only “full” staff picture we have, taken in 2011, and of course there have been staff changes since then). 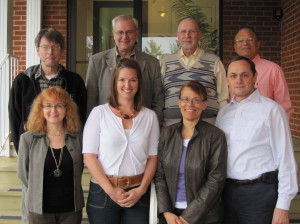 I have similar sentiments toward the board members–(and some of these have moved on, too).

I am grateful for loyalty to and enthusiasm for our churches’ distinctly Anabaptist expressions of Christian faith. This appreciation for MennoMedia products has been forged over decades, as word, story, image and faith have woven together to create meaningful pathways for Jesus-followers. New customers testify to their excitement in finding materials that help them grow in faith.

Keith Sundberg, an associate pastor at Wayside Presbyterian (Erie, Pa.), is an enthusiastic user of MennoMedia’s VBS materials. Last year, the VBS teachers at Wayside told him, “Keith, this is it, don’t look anywhere else.” He finds the materials “brilliantly written, with a great awareness of the intelligence of children. The writers assume children are able to think and interpret Bible stories.”

At the board level, we express appreciation for the way our faith has been shaped by resources from MennoMedia and its predecessors. We serve as board members because we want to continue this legacy of faith-shaping.

I’m grateful for visionaries and risk-takers. 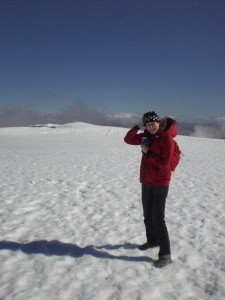 These include people like John Funk who set out on a path over 100 years ago, as well as authors like Logan Mehl-Laituri and the writers/ illustrators of Radical Jesus, who bring us messages of Christian peacemaking in strikingly different forms. 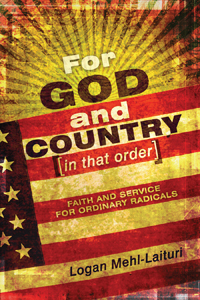 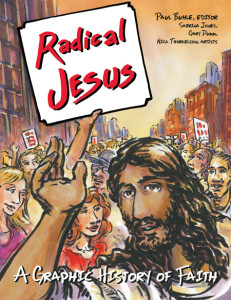 After the last two years, it is clear to me that it is a time for visionaries and risk-takers. We need to take risks — measured, prayerfully discerned risks, yet risks all the same. 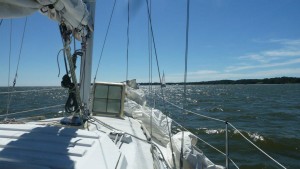 Our staff show up day after day committed to serving the mission of MennoMedia, charting a path through unknown waters, prepared to take the necessary risks to grow as a viable, thriving organization. Let’s be thankful for them!

On a final note, I am concluding my time as board chair, effective December 31st of this year, a move necessitated by personal and work-related matters that I must tend. I am thankful I’ve had this opportunity and step away with gratitude for the experience, and for the people who share the vision of MennoMedia.

You might recall Melissa’s own risky blog post late last spring when she and everyone else in Manitoba had about enough of a long winter ….

What do you appreciate about the work of MennoMedia?
Where do we have room to grow?