About three months ago I wrote a blog post about how we at Herald Press and MennoMedia were responding to the complex issues surrounding the legacy of John Howard Yoder, considered by many to be the most influential Mennonite and Anabaptist theologian of the 20th century. That post can be found here, but a great deal has been written about this elsewhere, including the denominational process being led by Ervin Stutzman. (You can read the denomination’s John Howard Yoder digest here.)

Since then our management team, in consultation with our Board of Directors, drew up a statement about how we would respond, as the publisher of many of his works. In addition, I polled about 15 denominational publishing peers and received some interesting responses. Several responded that if any of their authors, especially if they were ordained ministers, were guilty of any sexual harassment or improprieties, they would cease publication of them immediately. Wow, that response caught me by surprise, but perhaps it shouldn’t have. (In 1997, after he had completed a disciplinary process, we had decided to continue publishing his works, with the affirmation of the women involved in that process.) We also heard that another publisher of John Howard Yoder material was looking to put a statement of some kind into its published works. This created greater urgency for us, since, as the denominational publisher of Mennonite Church USA and Mennonite Church Canada, we felt we were expected to give some leadership.

The most persistent question I have heard about this is, “Why does the church feel the need to deal with this now? Wasn’t it dealt with 15-20 years ago?” I asked Ervin Stutzman, Executive Director of Mennonite Church USA, to respond, and he said, “There has been a new wave of interest in the church on how to deal with sexual abuse. The 2013 decision by MennoMedia to print new material by John Howard Yoder without mentioning anything about his sexual abuse created a strong reaction. The church realized that there is unfinished work to do with the legacy of John Howard Yoder, especially as it relates to the victims who were involved.”

Keeping all of this in mind, and out of a sense of integrity as a denominational publisher, we decided that the best thing to do right now is to insert the following statement into the front of all John Howard Yoder books that we publish, as a “word from the publisher”:

John Howard Yoder (1927–1997) was perhaps the most well-known Mennonite theologian in the twentieth century. While his work on Christian ethics helped define Anabaptism to an audience far outside the Mennonite Church, he is also remembered for his long-term sexual harassment and abuse of women.

At Herald Press we recognize the complex tensions involved in presenting work by someone who called Christians to reconciliation and yet used his position of power to abuse others. We believe that Yoder and those who write about his work deserve to be heard; we also believe readers should know that Yoder engaged in abusive behavior.

This book is published with the hope that those studying Yoder’s writings will not dismiss the complexity of these issues and will instead wrestle with, evaluate, and learn from Yoder’s work in the full context of his personal, scholarly, and churchly legacy.

It is hard to judge a man who is now dead and cannot speak for himself. It is equally hard, perhaps harder, to hear the difficult stories of the women he abused and to realize the shame that too many have carried for so long.

Join me in hope and prayer that in the coming months the restorative justice process being led in the church will lead to good, constructive and redemptive outcomes. 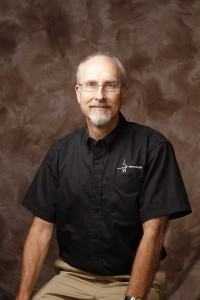