It’s the time of year when you look at life and see what needs to happen. Do you need to improve your lifestyle through weight loss, exercise, or healthy eating? Or you want to take a close look at your finances and create new goals for you and your family? Maybe you should focus on making a relationship better, or taking up a hobby, or adjusting your attitude about something . . . there are many things to consider!

New Year resolutions have been around for a long time. According to Wikipedia, ancient Babylonians made promises to repay debts, while Romans made promises to the god Janus (for whom January is named). The tradition continued in other cultures and forms throughout the centuries. (http://en.wikipedia.org/wiki/New_Year’s_resolution)

I rarely make New Year resolutions. I know my enthusiasm will wane quickly and then I’ll be frustrated about not keeping something that I promised myself. So it’s best to not even create a resolution to begin with, right?

This year, however, is different. Perhaps because my resolution isn’t about changing my life, or because it embraces something I already do, I feel great excitement for a task I plan to continue through all of 2014. My resolution is simple, really—I will keep a list of all of the books I read this year.

It’s a simple resolution because I read a lot and I’ve often wondered how many books I read in a year, but I’m never before been motivated to keep a list. This year will be different!

It’s the fourth week of January and so far six titles appear on the list. Some are forgettable—murder/suspense books from the public library—but they provide moments of pure adventure and escapism as I try to figure out who committed the crime. Every now and then I read something of substance that makes me pause and think, and so those books appear on the list with an asterisk.

Fortunately, my role with MennoMedia lends itself to my resolution. I thoroughly enjoy the varied books that MennoMedia publishes, and am especially looking forward to two that will soon be released, Bonnet Strings, by Saloma Miller Furlong, and Jacob’s Choice, by Ervin Stutzman. 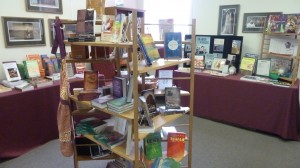 Bonnet Strings is Saloma’s story of leaving the Amish as a young adult. Her previous book, Why I Left the Amish, was not printed by MennoMedia but I ran into it at our local bookstore and was challenged by Saloma’s story and the decisions she had to make. 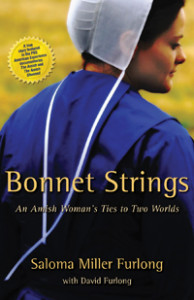 Jacob’s Choice is a story of the Hochstetler family in Pennsylvania who were attacked in 1757. Yet, Jacob refused to fight back. Several family members are killed, while others are captured by the Lenape. 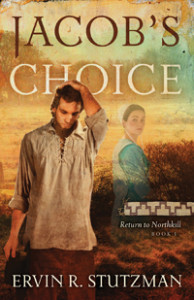 No doubt, both books will receive an asterisk on the list.

Do you have any good book suggestions for me to add to my list? What types of New Year’s resolutions do you keep? 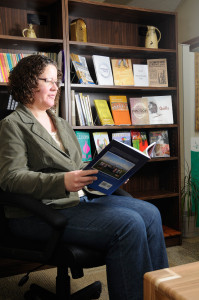 Discount! Both Bonnet Strings and Jacob’s Choice are on significant pre-publication discount until their publication dates of
Feb. 3 and Feb. 8, respectively.

(You might recall Valerie Weaver Zercher’s earlier post on Mennobyes regarding her resolve to read “Scripture. (Almost) Daily. For a Year.”)

Visit the MennoMedia Store for hundreds of books,
DVDS and CDs you might enjoy this year.