There’s hardly a day that went by in the last two years without my musing on Jacob Hochstetler’s story of faith which I portray in Jacob’s Choice. Each day, my mind transported me back more than 250 years in time to witness the immense clash of empires in Penn’s Woods, a conflict which forever altered the social and religious landscape of America. 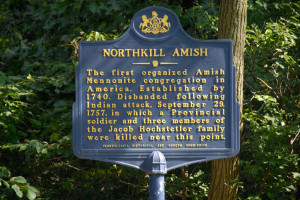 On some days, I strolled the foothills of the Blue Mountains where Hochstetler and his family carved a homestead out of the rich forest surrounding the Northkill Creek. On other days, I marched with Hochstetler and his captors through hundreds of miles of dense forest. 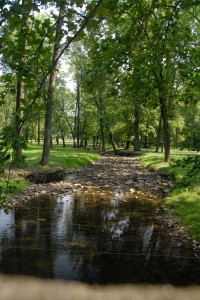 Or I smelled the smoke that rose from the cooking fires at the Seneca village of Buckaloons, where Hochstetler was kept as a captive. 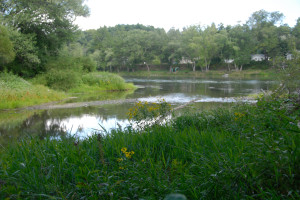 Although Hochstetler’s story is well-known among his more knowledgeable descendants, it deserves a much wider telling. It begs to inspire not only those who share his nonresistant convictions, but also a broader audience that embraces violence as a way to do God’s will.

The founding narratives of our nation beg for significant nuancing and reinterpretation. That’s what James Juhnke and Carol Hunter hoped to accomplish with The Missing Peace: The Search for Nonviolent Alternatives in United States History. I envisioned Jacob’s Choice as a way to show rather than tell how the Amish eschewed violence in the face of war. The publishers and editors at Herald Press heartily embraced this vision, and have done their best to make that possible.

During the surge of interest in Anabaptist origins in the mid-1900s, Mennonite scholars translated dozens of 16th century Anabaptist texts and wrote extensively about that period. Some wrote historical novels about that era. Most recently, Myron Augsburger wrote The Fugitive, the story of Anabaptist reformer Menno Simons. Why so few stories from the 1700s and 1800s? The paucity of historical novels could give the impression that not many faithful Anabaptists lived during that era. Jacob’s Choice was written to help fill that void.

Frankly, I hope to ride the current wave of interest in Amish novels, as explained in Thrill of the Chaste: The Allure of Amish Romance Novels by Valerie Weaver-Zercher. Like Weaver-Zercher, I live with considerable ambivalence about the portrayal of the Amish in popular media, so I’ve done my best to write something that tells the story of my Amish forebears with respect and as much accuracy as I could achieve through careful research.

Although I’m enthralled by Hochstetler’s story, the narrative in Jacob’s Choice draws its ultimate meaning from the larger story of God at work in the world. As in the stories of scripture, the ultimate hero of my book is God, whose visage in made visible to us in the face of Jesus Christ. That story has the power to bring us to our knees in repentance and readiness—like Hochstetler— to make the hard choice to follow Jesus wherever he leads.

(Photos in this blog, except for below, are courtesy of Ervin Stutzman and appear in the hardcover Expanded Edition of Jacob’s Choice along with maps, genealogy, extensive end notes, and more.)

A news release and purchasing information is here.