I’m getting hungry. That’s the problem working around Herald Press. So many great cookbooks abound.

We thought it may be time to get rid of the photographs of pig stomach and pickled pigs’ feet for modern readers. (Don’t worry, the recipes themselves will still be there, just not the photos.) Instead, you might see pictured a fresh strawberry tart or dandelion salad.

Speaking of pigs, we may be messing with a sacred cow, so we’ll tread carefully. Stay tuned.

A new edition of another great and popular cookbook, Extending the Table is almost, almost off the press. The paperback version is already here in Harrisonburg, but the hardback enclosed spiral edition is still on its way. You can get it on sale for $18.75 hardback, or $14.99 paper, at our store until May 8.

Stuff green peppers from revised edition of Extending the Table

I’m happy to announce that next week a NEW blog series will begin by bloggers Heather and Ben Kulp. They’ll be cooking from the pages of the new Extending the Table for the next 6 weeks. Earlier, for Lent, they cooked almost exclusively from More-with-Less Cookbook in their effort to not eat out during that special season. With this new series, we hope to entice you with which recipes to try, what the dishes might look like, and generally get you excited about this second volume in the World Community Cookbook series.

The book is packed with stories, proverbs and quotable quotes from all over the world, as shared by so many contributors. 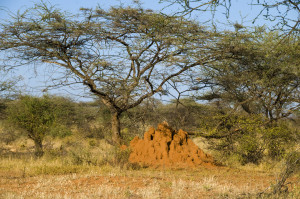 One story in the salad chapter, told by Mary Lou Cummings of Quakertown, Pa. is an exquisite little gem about limes.

“Limes still make me smile. On my first visit to a rural Kenyan market I was overwhelmed by the sound of unknown languages and myriad bright colors. In a back corner I saw an ancient woman sitting with back erect and legs outstretched beside a pyramid of some 30 withered, scrawny limes.

At first I avoided her hopeful eyes, but then I approached her, thinking of what it must be like to spend a long day in the hot sun with so little to sell.

“’Bei gani, Mama?’ I asked, picking up four of the limes. We haggled over the price for a while, neither understanding the other well, but I was surprised when she adamantly held out for 25 cents. Finally I conceded and, bargain concluded, she chuckled out loud as she began loading the limes into my purse, pockets and skirt. She had sold me not four, but the whole lot!

“I had reaped a bonanza, and as I jubilantly walked away, limes bounced behind me like green Ping-Pong balls. The old woman and her friends watched me disappear from sight. We all got more than we bargained for that day.” (From Extending the Table, Herald Press, 2014, p. 134.)

But I’m not only hungry for good food made simply and cheaply that offers greater global awareness through stories such as these.

I’m hungry for meat. As in additional substance.

A while back we learned that Bill and Lynne Hybels were using John Paul Lederach’s book, Journey Toward Reconciliation, in their ministry at Willow Creek Community Church near Chicago, Ill. We began to imagine that the time was right for a much larger audience to buy in to the compelling stories and lessons of conflict transformation that Lederach has been privileged to work with over 30 years. I’m happy that Herald Press is planning a new edition, now called Reconcile: Conflict Transformation for Ordinary Christians. Lederach has worked as a mediator of conflicts in war-torn settings on five continents and is currently professor of international peacebuilding at the Kroc Institute, Notre Dame. We hope for the updated volume to be out this August.

That’s a little of what’s ahead in the coming months.

I could mention the Shine children’s curriculum launch with its gorgeous and substantial children’s Shine On Story Bible; a new book on spirituality call The Spacious Heart by brother/sister authors Donald Clymer and Sharon Clymer Landis, (if you’re on our MennoMedia or Third Way Cafe Facebook pages, hint hint, you may have seen a cover for The Spacious Heart go floating by recently); a relaunch of the bestselling teen Amish romance series Ellie’s People by Mary Christner Bontrager. And much more. But I won’t spill all our beans today.

For that you need to sign up to get each and every Mennobytes blog directly to your email. Just scroll down the right side of this page until you find the right button. Then you’ll always know what’s going on. Or at least, what we’re ready to share.

Which of these projects excites you most?

Melodie Davis is one of three managing editors for MennoMedia/Herald Press, an author of nine books, editor of a magazine, Living, and blogger at www.findingharmonyblog.com