You can’t judge a book by its cover. Except when you can.

At Herald Press we have a 64-year-old gem of a cookbook, called Mennonite Community Cookbook. 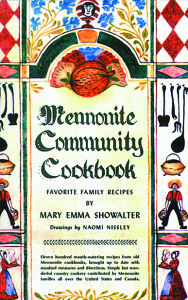 Compiled by Mary Emma Showalter, the book features 1,100 fascinating and delicious recipes submitted by Mennonite cooks from across the U.S. and Canada during that era. With nearly 500,000 copies in print and more printings than I can count, it’s safe to say that people can easily pick out the book by its unique cover.

The book was the brainchild of Dr. Mary Emma Showalter, and is sometimes called the “mother of all Mennonite cookbooks.”

“The best investment I ever made was when I bought [my wife] the Mennonite Community Cookbook,” says my own 90-year-old uncle, Mose Gingerich, in a Gingerich family cookbook.

These are exactly the questions that we at Herald Press now weigh in our minds. Up until now we’ve taken a hands-off approach to this classic book–not wanting to turn readers away from something that many perceive as almost sacred.

We plan to release a new edition in January 2015. Except for updating the photo pages, the interior will remain exactly the same.

And as we think about the cover for the new edition, we know we want it to look similar. But should it look exactly the same? Or just similar? Should it be hand drawn, as the original, or should it be drawn digitally? And what about the fonts? Do they too need to be drawn or should we switch to computer-generated fonts? 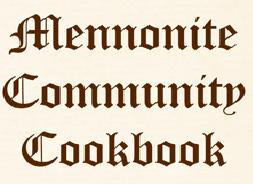 Sure, we as the publisher could make these decisions without the input of users like you. But if we did that we would be working on our own assumptions. And in this ever-changing world of publishing, that’s not a risk we want to take.

If you know this book, please weigh in by filling out our survey. Give your input and ideas so that the new edition of Mennonite Community Cookbook continues to be seen as “the best investment ever made.”

And just for fun I leave you with this recipe (from page 455), which is mostly not practical but interesting nonetheless. What other cookbook gives you such a recipe?

Food for a Barn Raising

This bit of information was found in a quaint, old handwritten recipe book from Great-grandmother’s day. It is included here mainly for the purpose of giving us a peep into the past. As many of us know, a “barn raising” was quite an event during those early years. When a new barn was built, all the friends and neighbors came on the specified day to help put up the framework of the barn. This policy is still carried out in some communities where neighbors are neighborly. Homemakers of our day will no doubt be astounded at all the food consumed in one day. What is more difficult to believe is that it was all made in Great-grandmother’s kitchen. Here’s the list as I found it: 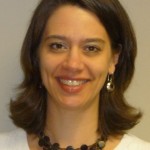