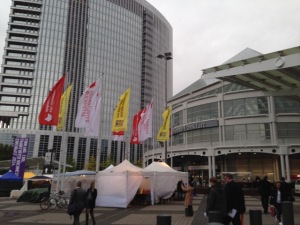 What do you get when you put together 7,000 exhibitors, spread over 5 buildings, with over 100 acres of space, and over 250,000 visitors? You have the Frankfurter Buchmesse the world’s largest book fair, which took place last week in Frankfurt, Germany.

Besides showcasing their best work, the Fair is THE place to go if you want to sell foreign translation rights for your works. With that in mind, I went. And being a great lover of books, this was a part of my job that I was more than glad to do.

The Fair buildings are so vast that it takes nearly 15 minutes to walk from the front to back–nearly a kilometer. 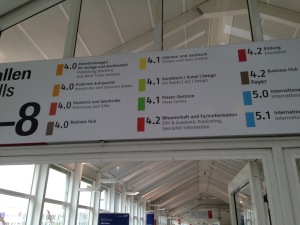 There are signs showing the way, but it seems that you never seem to get there. We were located in Hall 8, the largest, which is English Language. Fortunately for me, there was also an S-Bahn (train) stop in the middle of the Fair Grounds. That saved my feet and lots of time. 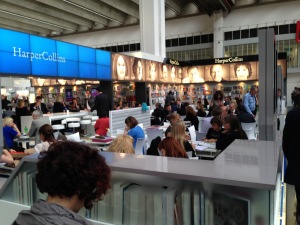 Besides the thousands of small publishers, the big publishers were there, too. While Herald Press shared half of a 4 square booth, some, like Harper Collins, had one hundred times as much space, staffed with an army of rights negotiators.

Not to be intimidated, I enjoyed spending about 1/4 to 1/3 of my time walking the floor, seeing publishers from Asia, Europe and South America. The rest of the time I had meetings in our booth, with prospective publishers. 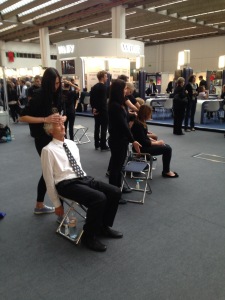 There were massages to relieve the long and stressful hours of walking the exhibit hall floors.

The Germans had their own hall (it’s their fair, after all) and so there were many uniquely German sites there, like a painted Trabant, the icon of the former East Germany. Their hall was the most densely packed of all. 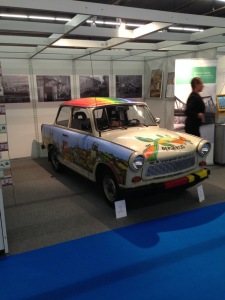 I had lots of good contacts, lots of good leads, and made lots of new friends. While there may be some out there who worry about the future of publishing or the book industry, there wasn’t a hint of that this past week. We see a bright future ahead. And in the next year, we look forward to seeing a lot of new Herald Press titles published around the world! 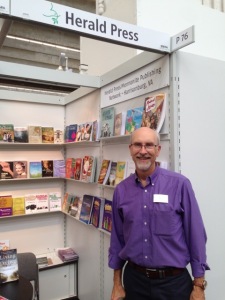 Russ, from the Frankfurt book fair