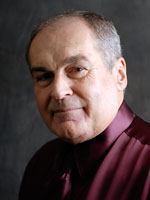 How our hymns influence and reflect our changing theology

Dr. Kenneth J. Nafziger, longtime and noted professor of music at Eastern Mennonite University—plus a key figure in putting together a hymnal and two song supplements—spoke at a recent breakfast meeting of a group called Anabaptist Center for Religion and Society (ACRS).

His topic? How our hymns influence and reflect our changing theology.

Former radio speaker Margaret Foth introduced Ken and reflected on memories of her mother singing—almost every morning—the familiar “I owe the Lord a morning song, of gratitude and praise . . .” There were numerous affirmative nods around the room—obviously a similar remembrance for many.

As Ken got up to speak about the history of Mennonite hymnals, he first told a story of 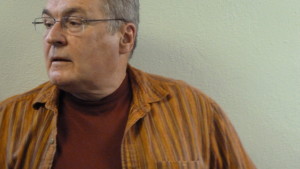 the origins of this “quintessentially Mennonite” hymn, written by Amos Herr, a Lancaster County (Pa.) bishop. One Sunday morning when the snow was s deep Amos’s horse couldn’t make it through the drifts to church, Amos wrote this song of gratitude. “It has been in every hymnal since then,” Ken noted, a “simple and sturdy tune like Shaker furniture, with clearly conveyed ideas.”

This story reminded Ken of the time he took a group of EMU students to southwestern Germany, an area from which the predecessors of many North American Mennonites hail. Some in that tour group were music students, and someone in a congregation they were visiting asked that they sing “I Owe the Lord a Morning Song.“ Many of the EMU students, youngsters that they are, didn’t know it! So the congregation in Germany sang it in English for the EMU students! They said that PAX and CPS volunteers in the late ’50s and early ’60s had taught them the song.

Ken followed his wonderful story by launching the roomful of expectant listeners into a rich a cappella verse or two. I don’t think anyone was disappointed to sing this old song, nor in Ken’s rundown that followed of Mennonite hymnals in the U.S. (an admittedly incomplete history, he noted). Many of the old timers (I’ll count myself as one) in the audience remembered these titles, all published by Mennonite Publishing House or Herald Press (the ones with links are still sold on the MennoMedia store). 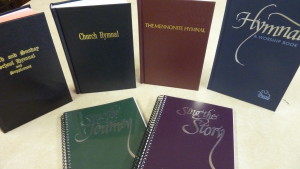 Ken gave additional juicy one-liners about the difficult job of producing a new song collection that pleases everyone. Some of these may have been quotes from other people: 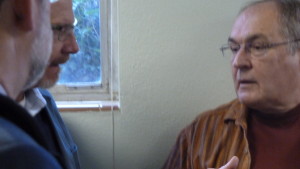 Finally, Ken offered practical ideas and thoughts as you use music in your congregation:

Work on a new song collection begins in earnest in early 2016. The new hymnal project organizers are soliciting applications for paid staff (full and part time), and volunteers.

Anyone who is an active member of a Mennonite Church Canada or Mennonite Church USA congregation can apply to be on the hymnal committee. In addition to a short application, those applying to be on the hymnal committee must provide three references, including one pastoral reference. To apply or get more information, click here. To read the complete news release on the project, check here.

Want to be part of shaping what Mennonites sing?@MennoMedia staff are working on it! Site goes live Jan 1. Watch for more on #project606.

Have you ever wondered, are all Mennonites good singers??

In addition to his EMU course load, Kenneth Nafziger is artistic director and conductor of the annual Shenandoah Valley Bach Festival (Harrisonburg, Va.), and of Winchester Musica Viva (in Winchester, Va.). He was music editor of ‘Hymnal: A Worship Book’ (1992), editor of its accompaniment handbook, and assistant to the editor of ‘Sing the Journey’ (2005) and ‘Sing the Story’ (2007). He is active in the United States and Canada as a guest conductor, workshop leader and clinician. He co-authored a book ‘Singing, a Mennonite Voice’, which was released in 2001. For more information on Ken go to his personal web page.