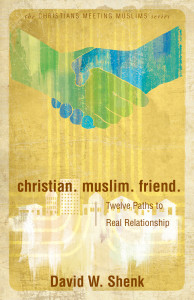 In Christian. Muslim. Friend. Twelve Paths to Real Relationship, Shenk lays out twelve ways that Christians can form authentic relationships with Muslims. He and his wife, Grace, have been longtime mission workers in various Middle Eastern and African settings.

“At a time when relations between Christians and Muslims are more complex than ever, Shenk has given us a wonderfully thoughtful account of how to build real relationships,” wrote Brian Howell, professor of anthropology at Wheaton College and one of the judges for the book awards. “Without giving formulas or reducing Muslims to a single type, Shenk draws on his vast experience in many parts of the world to provide an encouraging way forward for anyone seeking to share the hope of the gospel with their Muslim neighbors.” 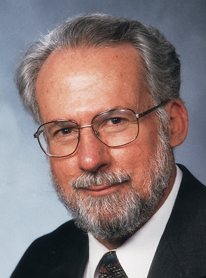 Shenk emphasizes that Christians can build relationships with Muslims that are characterized by respect, hospitality, and candid dialogue and that still bear witness to the Christ-centered commitments of their faith. Shenk is the author of numerous books on understanding Islam and building relationships with Muslims, including a series called Christians Meeting Muslims. Christian. Muslim. Friend. is book four of that series.

Based on fifty years of friendship with Muslims in Somalia, Kenya, and the United States, the book includes stories of the author’s animated conversations with Muslim clerics, visits to countless mosques around the globe, and pastors and imams who are working together toward understanding and peace. Shenk works with EMM’s team on Christian/Muslim relations.

Christianity Today gave out 13 top awards (one category had a tie) for 2016, with runner-up merit awards in each category. See other book awards at http://tinyurl.com/christianitytoday2016BkAwards.