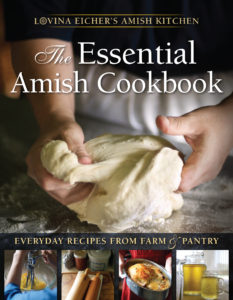 The cookbook’s more than one hundred recipes are accompanied by full-page color photographs—both of recipes from the cookbook and of Amish life—as well as tips to enhance and enjoy the dishes or memories associated with them. Many recipes include smaller color 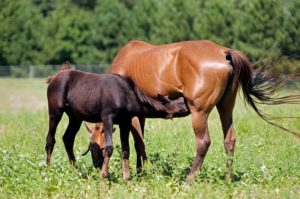 photographs illustrating the creation of the recipe step-by-step.

While this is Eicher’s first solo project, she is experienced at sharing recipes. She is the author of Lovina’s Amish Kitchen, a syndicated column published in newspapers across the United States, as well as in a weekly blog hosted by MennoMedia. She has also collaborated with other authors or editors to create several other Amish cookbooks, including The Amish Cook at Home, The Amish Cook’s Baking Book, The Amish Cook’s Family Favorite Recipes, The Amish Cook’s Anniversary Book, and Amish Cooks across America.

Eicher began her cooking career at a very young age, helping her mother, Elizabeth Coblentz, in the kitchen. “One of my earliest memories was watching her knead the dough when she was making cinnamon rolls,” Eicher recalled in an interview. “When she’d go in the next room to do something, I’d quickly squeeze the dough. It just looked so fun.” Elizabeth Coblentz was also well-known for her syndicated column, The Amish Cook. 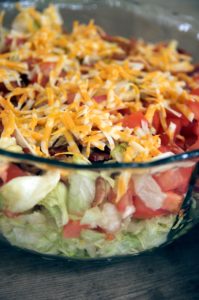 Eicher’s latest cookbook is divided into 13 sections, ranging from basic categories like “Soups and Salads” and “Meats and Main Dishes” to more specialized ones like “Amish Wedding Meals.” Some recipes are staples in any cookbook, such as for homemade bread or muffins. Some encourage users to get a little more creative in the kitchen, such as Rhubarb Coffee Cake, BLT Salad, and Amish Wedding Nothings (also known as Knee Patches), a fried, doughy, airy dessert often served at weddings.

Eicher chose recipes that are easy to follow and that use basic, everyday ingredients. “I went with recipes that I use and like,” she said. “Everyone has a recipe that they like best to make bread. I’ve tried different kinds, and I always go back to the one I started with, which was my mother’s [named Lovina’s Homemade Bread in the book]. Some recipes just stick with you for life, I guess.”

Eicher also recalls making pies with her mother. “When she would make pies, she would give us little strips of the dough that she didn’t need,” Eicher described. “She’d give it to us to play with, and we had a little toy rolling pin, and we’d roll it out and make little pies, and she’d put sugar on it and bake it.” 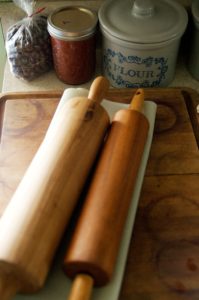 Eicher first began writing when she took over her mother’s syndicated column after her mother’s passing in 2002. “At first I didn’t consider myself a writer,” she said. “I just wrote a letter like I was writing to a friend. I just wrote about my family.”

She recalls feeling intimidated about following in her mother’s footsteps. “My editor told me that the readers will only read the column for so long because I’m the daughter [of Elizabeth Coblentz]. You have to make sure to keep their interest. I guess something I did worked,” she said with a chuckle.

Eicher now considers writing an important part of her life. “It’s like a diary,” she said about her weekly column. “There are so many things I write about that I would have forgotten. It’s something I have to do that I wouldn’t do otherwise. I think it would be so nice if every mother would just sit down every week and write down what happened that week. You think you don’t have time to sit down and write, but if you have to, you find time.”

Eicher also adds she receives a lot of encouragement from readers. “I just want to keep encouraging them,” she said. “A lot of people out there haven’t been blessed with the faith that I was brought up with.”

Sherry Gore, bestselling author of Me, Myself, and Pie, says, “I love this cookbook. Like thousands of others, I am a big fan of hers!” 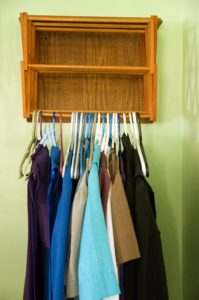 Eicher and her husband, Joe, have eight children and live in Michigan.

The Essential Amish Cookbook: Everyday Recipes from Farm and Pantry is available for purchase from Herald Press at 800-245-7894 or www.HeraldPress.com, Amazon, and other online sources.

A number of book signings by the author and book launches are planned for the Midwest. See current list here.

High-resolution photos available. All photos here including those on the book cover photographed by Lucas Swartzentruber-Landis or Grant Beachy for Herald Press. 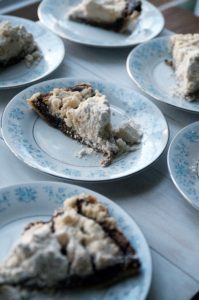