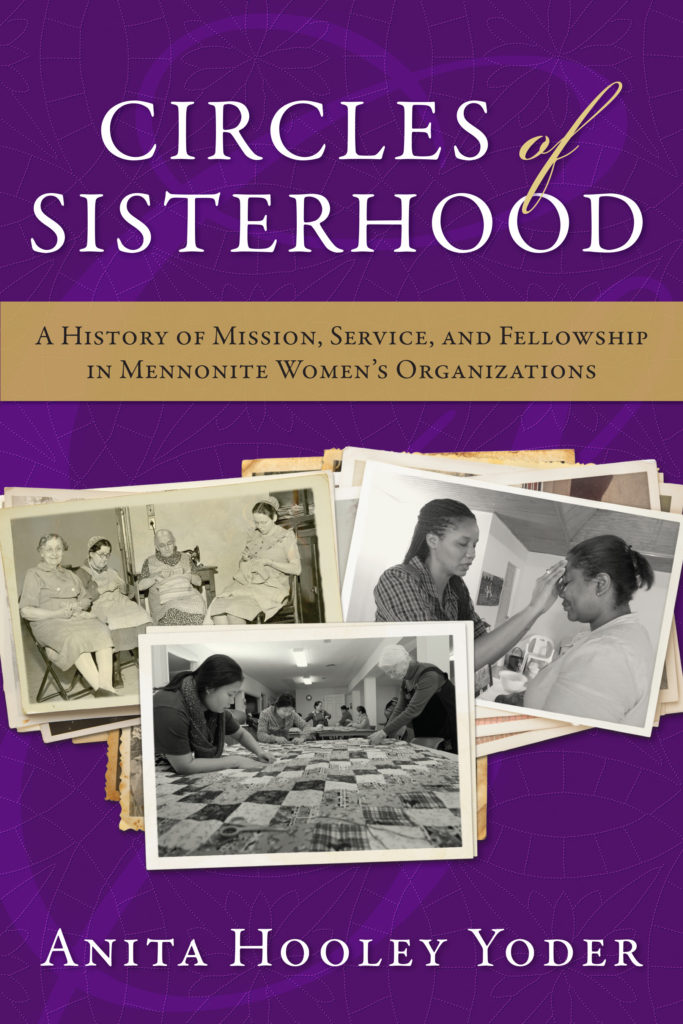 The book will be released at a book launch and author signing at the Mennonite Women USA 100 year celebration during the Mennonite Church USA Convention in Orlando, Florida, on July 5, 2017.

The 51st volume in the Studies in Anabaptist and Mennonite History series, Circles of Sisterhood traces the movement of Mennonite women’s groups from the sewing circles of the early 20th century to today.

“Anita Hooley Yoder puts to rest any lingering question as to whether there has been a Mennonite women’s movement,” said Lee Snyder, president emeritus of Bluffton University. “The answer is yes.”

“This landmark history, carefully researched and clearly written, tells the story of the courageous and gifted visionaries who brought about a transformation in the role of women in the Mennonite church,” said John D. Roth, professor of history at Goshen College. “For anyone trying to make sense of the complex fault lines among Mennonites today . . . this book offers an illuminating window into the slow and sometimes painful process of transformative change.”

Throughout the chapters are photographs of relevant groups and events. The book includes “interludes” between chapters, which discuss in more depth issues that come up in the chapters, such as ways these women’s groups have combatted stereotypes and their relationship to the feminist movement. The book also includes an index, a timeline of important dates, and a list of abbreviations and short descriptions of relevant organizations.

“Women’s groups weren’t just important because they developed women for leadership elsewhere,” Hooley Yoder said. “The work they do is important in itself, for the women involved and for the world, and it’s critical that we not see church women’s groups only as a step to something that is somehow bigger and better.”

The book discusses frequently the “dual purpose” of Mennonite women’s groups—service and fellowship.

“Mennonite women need each other!” said Reta Halteman Finger, author of Creating a Scene in Corinth and former editor of Daughters of Sarah. “Anita Hooley Yoder has traced our history from the early 1900s to the present, from sewing circles at which a male pastor had to open in prayer to Mennonite Women USA, Sister Care, and other current groups where women meet for service and spiritual support.”

Hooley Yoder is tentatively hopeful for women’s groups in the future. “There are huge challenges in today’s society for any sort of communal or religious activity,” she said. “But I hope people can keep finding ways to be together—with each other and with God—for the good of themselves and the good of the world.” 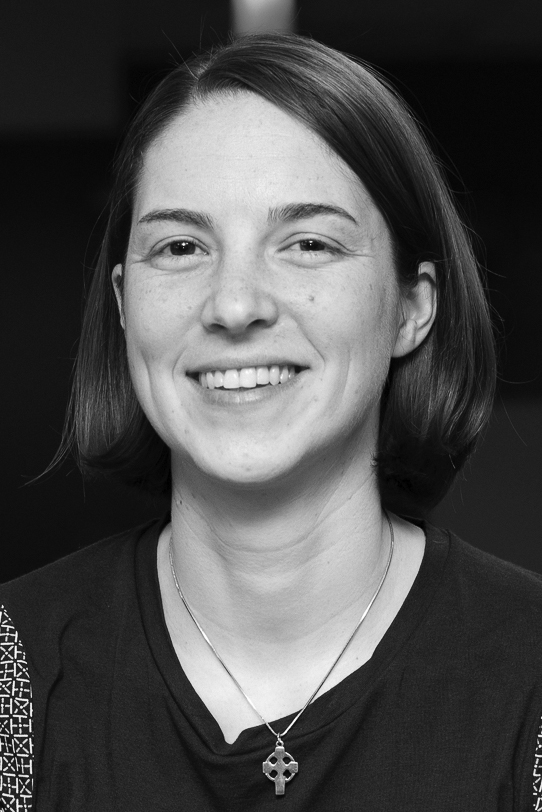 Anita Hooley Yoder is the author of Circles of Sisterhood, published June 27, 2017, by Herald Press. She is a graduate of Bethany Theological Seminary and Goshen College and has written for multiple publications, including the Center for Mennonite Writing Journal and The Mennonite. She lives with her husband in Cleveland Heights, Ohio.

What piqued your interest in this project? How were you approached to write this book?

My aunt, who has been very involved in Mennonite women’s groups, saw Mennonite Women USA’s call for a writer and thought I might be interested. I was an English (and education) major in college and had just completed a master of divinity degree, so this project was a great chance to use my interests and skills in writing as well as in theology and ministry endeavors.

Your research for this book included countless hours of interviews and combing through documents. What was your process? In other words, how did you approach your research and its incorporation into the book?

Since this was the first time I’ve done something like this, I would approach it a bit differently next time—namely, more methodically! I started by reading previous books and articles about Mennonite women’s organizations. Then I focused on interviewing people who had been leaders in women’s organizations, especially those I could interview in person when I traveled to do research in Mennonite archives (in Goshen, Indiana, and Newton, Kansas). It sometimes felt like a whirlwind, moving back and forth between interviews and time in the archives, and it was a challenge to manage my time well. I also did many phone interviews. Thankfully, some extra grant money allowed me to travel to interview people in less Mennonite-heavy areas (Florida, Mississippi).

As I started writing, I realized that I needed to know more about general Mennonite history, women’s organizations in other denominations, and even American history in general. So I had to do some background reading in resources that had a broader scope. Gerald Mast, editor for the Studies in Anabaptist and Mennonite History series, helped a lot by pointing me to some of these resources and suggesting where and how to incorporate them into my manuscript.

Circles of Sisterhood includes many photographs of people and events discussed in the book, among other things. Where did you find these photos?

Most of the more recent photos come from Rhoda Keener [previous director of Mennonite Women USA and now director of Sister Care]. She had so many helpful resources for this project! Other photos come from various archives; Marlene Bogard [current MW USA director] helped a lot with tracking these down. Sometimes women I interviewed gave me photos to use, such as Maria Tijerina’s photos of the Hispanic women’s conferences.

What did you learn in the research and interview process that you didn’t expect to learn?

I was surprised how many of the early women leaders in the broader denominations had their first leadership experiences in women’s organizations (locally or nationally). I didn’t realize how essential women’s groups have been to the development of Mennonite women’s leadership gifts. At the same time, I realized that women’s groups weren’t just important because they developed women for leadership elsewhere. The work they do is important in itself, for the women involved and for the world, and it’s critical that we not see church women’s groups only as a step to something that is somehow bigger and better.

You mention in the acknowledgments that you interviewed about a hundred women and a few men for this project, in addition to your other research. How did you decide which stories and organizations to include?

Circles of Sisterhood tells stories about women’s groups from the early 20th century to today. How do you hope readers, especially women, will respond to these stories in their own lives?

I hope this book can be read academically and almost devotionally. That is, I see it as a resource for scholars and people seeking to learn more about a historical and social phenomenon. But I hope women who have participated in these groups or even just been around them can be encouraged in their faith and in their own personal journeys as they read. I hope the stories of struggle and perseverance and earnest service in this book can encourage readers to keep serving and sharing, to keep seeking places to develop their faith and relationships with others, whether or not that’s in a traditional church women’s group.

Do you have a vision for women’s groups moving forward? What do you hope to see them accomplish in the future? What challenges do you anticipate?

I’ve certainly developed an appreciation for the work of Mennonite Women USA from doing this project, but I don’t know that I have a particular vision for church women’s groups. That’s probably a better question for Marlene, Rhoda, and others who are very involved at the regional and local levels. I guess my vision is more for the denomination and the Christian church as a whole, that women and men would find what they need, meeting separately, meeting together, honoring the presence of God and the value of each person’s story. There are huge challenges in today’s society for any sort of communal or religious activity. But I hope people can keep finding ways to be together—with each other and with God—for the good of themselves and the good of the world.