What does the food we eat and how we prepare it say about the kind of world we envision? 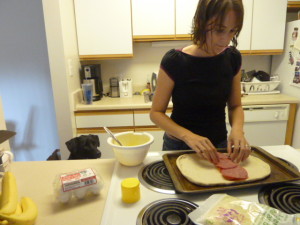 Food “draws together all of the important themes of biblical faith” noted theologian Walter Brueggemann said in a recent lecture. The growing, harvesting, tending, and preparation of food expresses the highest hopes of a people while it meets some of their basic needs.

Barbara Kingsolver novelist and author of Animal, Vegetable, Miracle wrote: “Modern American culture is fairly empty of any suggestion that one’s relationship to the land, to consumption and food, is a religious matter. But it’s true; the decision to attend to the health of one’s habitat and food chain is a spiritual choice. It’s also a political choice, a scientific one, a personal and a convivial one. It’s not a choice between living in the country or the town; it is about understanding that every one of us, at the level of our cells and respiration, lives in the country and is thus obliged to be mindful of the distance between ourselves and our sustenance.” [From The Essential Agrarian Reader, University Press of Kentucky, 2003, quoted in Simply in Season, Herald Press, 2009, p. 299.] 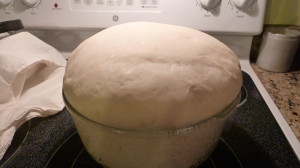 The art and aesthetics of food and its growing, harvesting, tending and distribution has regained a place of prominence in interconnected global cultures of the 21st century. Mennonites have historically strong food cultures and that is reflected in the unparalleled cookbooks and simple living books published for over 60 years by Herald Press and MennoMedia. For Mennonites, food has always been tied to values and traditions of faith, family, community and responsibility for themselves and for others.

What can we glean from the cultural history of Anabaptism in relation to food that can be communicated and transformed for the future?

I have spent some time in my adult life trying to answer this question. Values of peace and justice, hospitality and welcome, stewardship and caring have permeated Anabaptism for centuries. It is a culture that arose out of persecution but has counterintuitively lived in abundance for most of the 20th century.

In the modern era food became highly commoditized and traded at a far larger scale than ever before as technology became a primary driver for production and distribution. While vast swaths of the world lacked (and still lack) access to adequate food and nutrition many portions of the Western world are dealing with a different issue: that of too much food and consumption of the wrong types of food, leading to a host of personal and social problems.

Both scenarios reflect an unsustainable situation. How should a people of faith respond?

In the past ten years popular interest in food and how it is produced in the West, Africa, Latin America, the Caribbean, and elsewhere globally has reached an all-time high. In 2008, many parts of the world experienced a food crisis, driven in part by changing patterns of consumption and production.

Pivoting off of strong historical ties to food and food cultures, MennoMedia is positioned to become a catalyst for a new kind of good food culture whether among people of faith, people with no faith community or tradition, or between people of otherwise dissimilar faith traditions. Like it or not, we are all connected by the food we eat and how it is distributed. By maintaining and expanding Mennonite cultural insights on food through new books like the forthcoming Mennonite Girls Can Cook Celebrations, Mennonites will display the abundance of the earth while remaining true to the core of the faith. 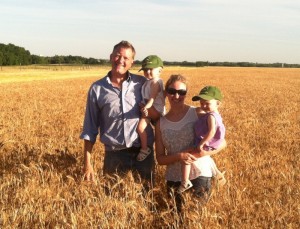