Or maybe you never want to go near one. Some people would rather go to the dentist—or have a mammogram—than go to a churchwide convention. 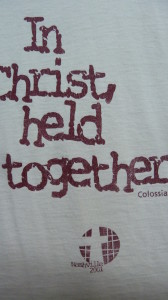 Shirt from Nashville 2001. I always like when my husband still wears this shirt.

That’s a lot of memories. And also a lot of university or exhibit hall menus of pasta and rolls and salad and, maybe-if-you’re-lucky,  an actual real piece of meat now and then.  (Best sweet corn ever was at Ames with ginormous ears right off the nearby farms. Umm. And many northern kids got their first taste of grits at Lake Junaluska, another yum for me.) 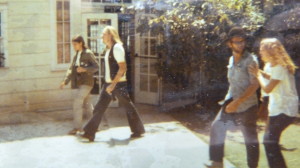 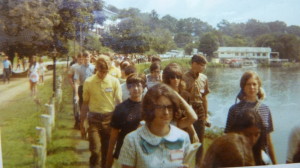 Top: College kids (we called them hippies) at Lake Junaluska, 1970. The couple on the left were a Kraus and a Stoltzfus. Most of us high schoolers looked like the photo on the bottom.

Today conventions include sitting down to lots of meals around round or long tables with people I’ve never met before in my life (because usually in working a booth or store in the exhibit hall, you’re sent to hurry and eat by yourself in order to get back to meet people over the busy time at meals). Usually by the end of the meal, I’ve made personal Mennonite-game connections with almost everyone at the table. 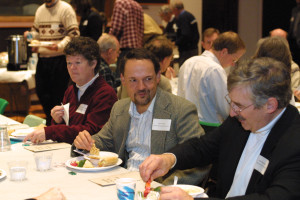 Convention is hot cities and late nights and, in the old days, hard beds in dorm rooms. At one point I remember hiding my napping babies underneath seminar tables when I was speaking about “Working and Mothering.” 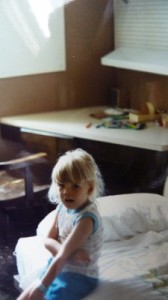 My daughter Doreen attending her first convention
at Normal, Ill., where we stayed in dorm rooms.

Two years ago (2011) in Pittsburgh, MennoMedia was officially launched as the newest baby in the Mennonite cradle, merging two organizations with roots going back a combined total of over 160 years. 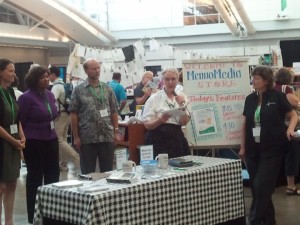 These are valuable times to connect with so many people from across the church, face to face. It is a time to: 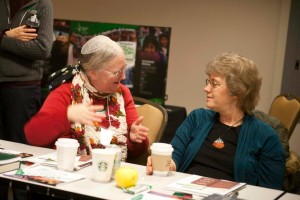 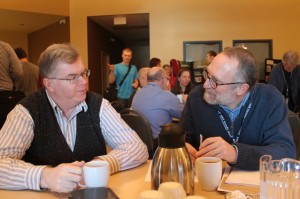 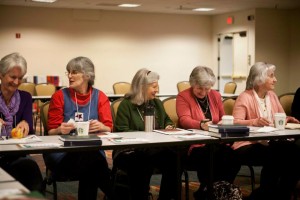 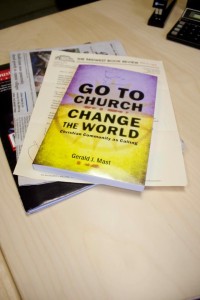 Gerald Mast, author of Go to Church, Change the World, will do a seminar at Phoenix.

Heaven on earth. I am grateful to have this opportunity. Even as I wonder how we’ll survive 115 degree heat (46 Celsius).

Or, for some, a grind they wouldn’t want to go near.

Whatever  your tastes, pray for those gathered as Mennonite Church USA in Phoenix. Mennonite Church Canada will gets it turn again next year in the new every-other-year pattern of conventions for the two denominations, meeting in Winnipeg in 2014. 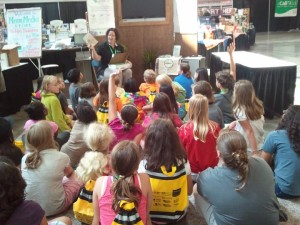 Personally I like seeing so many children at
church conventions, whether youth or tiny babies.

Do check out our MennoMedia store in the Exhibit Hall area in Phoenix, where many of us will be glad to meet you personally and show you all our special deals! 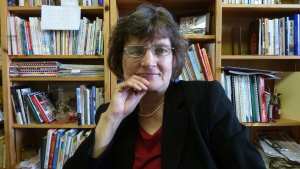 Here’s a piece I wrote earlier: Conventions: Are They Worth It?