Imagine discovering your seat mate on a long flight from Denver to Saskatchewan turns out to know one of the very persons you plan to visit on your trip.

As MennoMedia’s Director of Development, I have the privilege of visiting our donors and supporting churches throughout Canada and the United States. In late August I traveled, for the first time, to Saskatchewan from Virginia, a distance of more than 2,000 miles. For the geographically challenged, Saskatchewan is the Canadian province located above Montana and North Dakota in the U.S. It has a strong agricultural economic base harvesting grains from the rich prairie soil.

Sidestory: The trip almost did not happen. I rose early on Monday morning, and drove to an airport about 20 minutes away, arriving at 5:45 a.m. to catch a 6:30 flight. As soon as I arrived at the airport counter I realized I didn’t have my passport. I immediately called my wife, who was at home in bed, and without even saying “good morning” told her, “I forgot my passport. The only chance I have of catching this flight is if you deliver it to me!” She rushed to the airport and got me my passport at 6:12 am. The man at the counter graciously accepted my bag and I made the flight with 2 minutes to spare!

During the final leg of my flight, from Denver to Saskatoon (a city of about 250,000 located on the banks of the South Saskatchewan River), I sat beside an older gentleman who was returning home. We didn’t talk much until the last 10 minutes or so of the flight. When he learned I worked for an agency of the Mennonite Churches he enthusiastically told me about a Mennonite pastor with whom he had worked ministering in the Saskatoon prison. My traveling companion, a psychologist and Catholic, said the elderly Mennonite pastor had a long white beard. He described him as “very humble” but he couldn’t remember his name. He asked me “What are the most common Mennonite names beside John?” (How do you answer such a question? Menno?)

Eventually he recalled the pastor’s name – Vern Ratzlaff. I had not yet met Vern but we had a breakfast appointment two days hence. I only knew he was the pastor of the Aberdeen Mennonite Church, a small community about 30 minutes northeast of Saskatoon. On Wednesday morning, when I walked into the restaurant, I immediately recognized Vern. He looked and acted just like the Catholic traveler had described. I told Vern that his reputation had preceded him. That’s no small thing in such a large city.

Another fascinating couple was David and Sue Neufeld. They served for three years as Mennonite Central Committee volunteers in India and Vietnam. Now living in the remote Herschel village, which has fewer than 100 residents, they have been instrumental in helping to put it on the map in two very different ways.

First, over a period of 5 years they built the Herschel Retreat House on four acres on the southern edge of the village with a vision to use it as a spiritual retreat center. Using largely recycled materials they fashioned a rustic yet comfortable place which is available for church retreats, corporate strategic planning getaways, and family reunions. They also rent it to hunters who fill the place for nearly two months every fall during hunting season. These paying customers provide the financial base to keep the house open and available throughout the year for other purposes.

The other dream into which David and Sue poured their lives, was the creation of the Ancient Echoes Interpretative Centre on the edge of Coal Mine Ravine. David now chairs the centre’s board. Housed in an abandoned elementary school, the centre’s displays highlight Aboriginal heritage, fossils and prairie life. A particularly striking exhibit was a series of paintings by Jo Cooper, a First Nations artist from the Metis clan, called “The Disappearance and Resurgence of the Buffalo.”

The center boasts several petroglyphs. According to their web site “The largest petroglyph (dolostone carving, dating back 1500 years) is a triangular-shaped rock that faces due east. Deep lines are carved on the face, along with what appear to be two split hooves. Dozens of circular cupules have also been carved. While the precise meaning is still a mystery, interpretations suggest this was a symbol for the bison, or a teaching stone that represents the life and culture of the people that were so dependent on the bison.”

But that’s not all. The Centre is operated primarily by volunteers and houses a popular Tea Room serving coffee, tea, and homemade Saskatoon berry pies. It has several never-before-seen fossils, discovered in the Coal Mine Ravine, immediately behind the Center. In the mid 1990s paleontologists uncovered three plesiosaurs. Dr. Sato researched the bones and named the new sub-species after Herschel where they were discovered. The dinosaurs measured from 2 to 9 meters (10-50 feet) and were estimated to have lived about 65 million years ago.

I was amazed at what this couple did with a vision and lots of energy, under the guidance of the Holy Spirit.

I felt like I’d uncovered some rare species too: amazing donors in a distant (to me) land. They were all an inspiration to me, and I hope to you too. 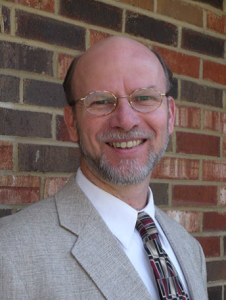