Before I begin, I have to make a full disclosure: I’m a book-lover. I love the feel, the design and the texture of a well-designed and well-written book. As a child I had a box full of Golden Books; the only picture of me in a crib is one in which I am asleep with an open Childcraft book across my face.

My love of books is not the main reason why I believe that MennoMedia will hedge its best bets for the future on the book. Recently our staff worked on a strategic plan for the future and one thing we decided was that our trade book imprint—Herald Press—has a bright future. While there are many who doubt the sustainability of book publishing, recent signs in the industry indicate that it is not dying, but thriving. Just four years ago many were predicting that the digitization of all media—and the creation of eBooks in particular—would lead to the death of the book publishing industry, much the same way that the music, film newspaper, magazine and television industries have been turned upside down. However, most would be shocked to know that between 2008 and 2013, total annual revenues in the publishing industry have increased 13%.

It’s true that these total revenues have included new technology—eBooks in particular—but traditional printed-on-paper books have only declined modestly, indicating that predictions of the death of the printed book were premature.

Recently I came across an article in the New Republic that has explained the enduring value of the book, and why it seems to be enduring while other media are sharply declining. To put it briefly, a book is still something considered valuable by consumers. Books have resisted something called “disaggregation,” a phenomenon plaguing the music industry. [Think here about the difference between iTunes and the traditional album.] Disaggregation means that consumers are now about to pick and choose the music they want, one song at a time, for a relatively low price. Sales for the “whole” or the traditional album, have declined.

The film industry, in contrast, has suffered from “aggregation” or the bundling of content, such as Netflix or Amazon Instant Video, where the consumer pays a monthly flat rate for access to content numbering in the tens of thousands. Individual films now are devalued as they have become part of a massive “whole.”

The book, by contrast, whether digital or paper, still is a deal, in the eye of the public. People still see the value of the “whole” and are willing to pay for it all. Generally, you can’t break it apart in a way that increases its value and you can’t bundle them to increase value significantly, either.

For book lovers–and book buyers–like me, this is good news. As a publisher, this is also good news—even as the landscape still shifts—we still add “value,” in the public’s mind. And this is why it makes sense to place a bet on the future of book publishing. 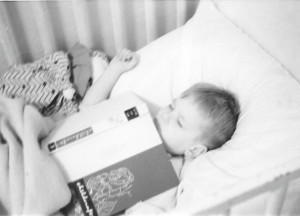