The Mennonite, Inc., and MennoMedia received the highest vote totals in Everence’s Rebate for Missions program. 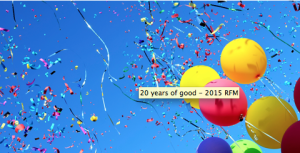 Each organization will receive $8,100 from Everence Federal Credit Union.

In April, The Mennonite, Inc., was nominated as a global grant recipient for Everence’s 2014 Rebate for Missions™ funds by the Everence executive team. Online voting by fans took place during the month of May.

The other global nominees, in addition to The Mennonite, Inc., and MennoMedia, included: Church of the Brethren, Friends General Conference and Rosedale Mennonite Missions.

Each year, Everence Federal Credit Union tithes to church and mission work 10 percent of its interchange income from the use of its Visa credit cards. In addition to the amount awarded to the global organizations, a portion is donated to local community charities through branch offices.

Since the Rebate for Missions program began in 1995, Everence Federal Credit Union has given nearly $400,000 in grants.

MennoMedia, an agency of Mennonite Church USA and Mennonite Church Canada, seeks to engage and shape church and society with resources for living Christian faith from an Anabaptist perspective.

Thanks to everyone who voted.

To contribute to the work of MennoMedia, your online donations accepted here.