How did Christianity become so tame? 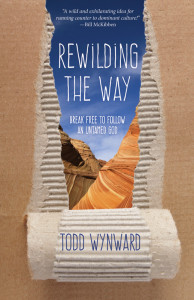 HARRISONBURG, Va. and KITCHENER, Ontario—God’s dream for human society is far wilder than we can imagine, so when did we become addicted to the North American way of overconsumption, status-seeking, gadgetry, and fossil fuels, and how might we break free? Wilderness guide and author Todd Wynward addresses these questions in his latest book, Rewilding Faith: Breaking Free to Follow an Untamed God (Herald Press, September 1, 2015).

Wynward, who has spent more than one thousand nights outdoors, writes in the wilderness tradition of John the Baptist and Kurt Hahn (founder of Outward Bound) to discover meaning in self-denial and hope in uncolonized spaces. Wynward and his family have lived in a 30-foot yurt; they milk their own goats, collect rainwater, and use a composting toilet, yet as Wynward is clear to point out, they are still very much part of culture. 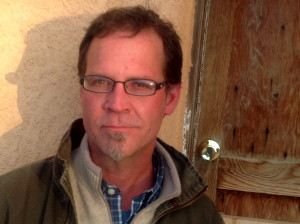 “If you’re daunted by our example, don’t be: we’re pretenders,” says Wynward. “Yes, we’ve cultivated a slightly parallel existence, but we’re still solidly embedded in consumer culture.” He points out that his family owns one laptop per person, too many cars, a cappuccino maker, and cell phones, and claims they have a voracious appetite for Netflix. “We daily take our son to soccer practice in a Prius and monthly drive a hundred miles to shop at the nearest Trader Joe’s.” He feels that even though they dabble with homesteading in the high desert, “we’re still entangled in empire, deeply part of the system.”

In other words, Wynward and his family are part of a group of Christians who live between worlds, striving to follow the Jesus Way while still being shackled to Caesar and enthralled by empire. But he says there is hope for these “half-disciples.”

“I pin my hopes on the fact that God is extravagant, mercy within mercy within mercy,” says Wynward. “God knows our hearts. He created us, inconsistent and imperfect, to be just as we are. God expects us to love our families and seek to walk the Way.”

Drawing from the work of writers like Bill McKibben and Joanna Macy and groups like New Monastic communities and nonviolent Anabaptists, Wynward offers concrete ideas—such as re-skilling, local food covenants, relational tithes, cohousing, transition towns, and watershed discipleship—for living faithfully in an era of climate change. If some of these words and concepts feel new, they are amply explained in the book.

How can we recover from our affluenza? How can we raise families and be radical disciples? How can we engage in society without being allegiant to it? Rewilding the Way shows how to break free from the empire of Christendom and “become the wild people God wants us to be” says Wynward. 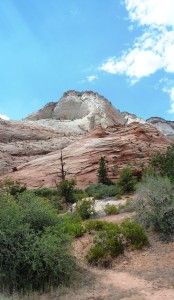 Todd Wynward is fanatic about reframing public education and re-envisioning the North American way of life, starting with his own. He has been engaged in experiential education and social change movements for 20 years. He is the founder of a wilderness-based public charter school, leads backpacking and river trips for adult seekers, and is an animating force behind TiLT, an intentional cohousing community in Taos, New Mexico. Author Richard Rohr calls his novel, The Secrets of Leaven, “a spiritual roller coaster that skewers everything we think we know about organized religion, social change, and human potential.”

Rewilding the Way: Break Free to Follow an Untamed God is available in paperback for $15.99 USD from MennoMedia at 800-245-7894 or www.MennoMedia.org, as well as at bookstores. To contact Wynward to schedule speaking events, wilderness treks, or weekend workshops, go to www.rewildingtheway.com, or the Facebook page for Rewilding the Way.