HARRISONBURG, Va., and KITCHENER, Ontario—Mary Christner Borntrager was cherished by her family for sitting down to tell stories or read to children and grandchildren. Late in her life, she turned that gift into a legacy of published books for her family and youthful readers of all ages.

Polly, about a family moving from their Amish community to Texas, and Andy, about an Amish boy who faces adolescent angst and teasing, are the newest novels in this series released by Herald Press in September and October.

The Ellie’s People series chronicles the family and friends of the protagonist of book 1, Ellie Maust, across several generations. While fictional, the series focuses on real issues young people face within the context of an Amish life. Borntrager grew up in an Old Order Amish home, and she based her stories on the people and places of her childhood. Books from the series have sold more than half a million copies. 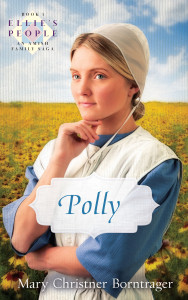 In book 5, Polly Miller doesn’t want to move to Texas. No other Amish families live in Lone Prairie, and Polly loves her family and friends in Ohio. But her father’s mind is made up. As Polly settles into her new life, she gains a non-Amish friend, Rose Ann, who shares her dresses and makeup with Polly. She also earns the attention of a young hired hand named Tom, who takes her to a rodeo and tells her how pretty she is.

Andy Maust, the protagonist of book 6, likes to write 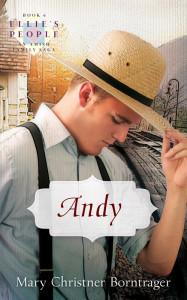 poems. He’s not good at running or wrestling or any of the other activities that Amish boys enjoy. The other boys tease him mercilessly, and then Andy’s dog disappears in a mysterious way. As “drifters” roam the country on trains looking for work and a hot meal, Andy begins to imagine running away from his troubles.

The books are written for readers 10 years and up. The language has been updated for today’s reader, and the books have new covers.

Borntrager’s novels have been praised for their accurate descriptions of Amish life. Borntrager’s daughter Kathryn Keim writes in an upcoming article for the popular AmishWisdom blog about her mother’s books, “Her goal was to give the world books that were true to life about people who are often misunderstood,” Keim writes. “I think she accomplished that.”