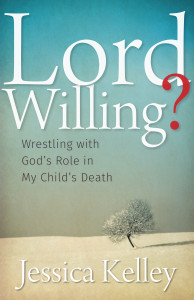 Is suffering God’s will?
Mother of 4-year-old who died explores widespread Christian beliefs

HARRISONBURG, Va., and KITCHENER, Ont.—Jessica Kelley used to assume, as many Christians do, that everything that happens is part of God’s “design.” Unable to reconcile the idea of a loving God who orchestrates suffering for some mysterious higher purpose, she began an intensive process of Scripture study, wrestling with her understanding of God.

Kelley’s exploration sustained her through her deepest agony: the illness and death of her four-year-old son, Henry. Kelley tells her story in Lord Willing? Wrestling with God’s Role in My Child’s Death (Herald Press, $16.99 paperback, April 26, 2016).

Kelley juxtaposes Henry’s suffering and death from an aggressive brain tumor against the common Christian notion that everything happens according to “God’s perfect plan.” In an intense, provocative dialogue with the traditional Christian view of God’s role in suffering, she presents an alternative grounded in Scripture and the life and teachings of Jesus. 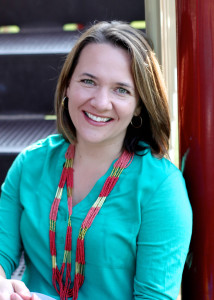 According to Kelley, there are two main versions of this blueprint worldview. In one, God causes everything to happen, even bad things. In the other, bad things aren’t necessarily caused by God, but he specifically allows them to happen for some greater good.

Either understanding of the blueprint worldview would imply that “the horror Henry experienced was simply a display of God’s mysterious wisdom,” Kelley says. Other blueprint explanations for Henry’s suffering included common phrases such as, “A blessing in disguise,” “God’s discipline,” “part of God’s plan to glorify himself.” Kelley notes that these explanations for God’s role in suffering render God’s character mysterious at best and sadistic at worst.

Yet through her wrestling, Kelley came to embrace the thought that God’s heart of self-sacrificial love is fully revealed in the person of Jesus Christ (Heb. 1:3). She notes how Jesus healed the sick, raised the dead, cast out demons, and even calmed a violent storm at sea. Kelley realized that when God wrapped himself in flesh he didn’t use his power to afflict or destroy, but rather to bring life “to the full” (John 10:10).

As she compared God’s self-revelation in Jesus to a God who designs humanity’s suffering, Kelley discovered a huge chasm. And during the process of engaging those questions, she found new, more satisfying answers.

She rejected the blueprint worldview and adopted a “warfare worldview.” This view holds that, for now, God doesn’t always get his way and that evil, pain, and suffering are not God’s ideal will for us.

This view attributes evil to wills other than God’s. “Our unique suffering results from any number of infinite variables in this complex universe, many of which lie outside our awareness,” Kelley writes. In this view, God, whose nature and character are love, is at war, continually battling cosmic powers and spiritual forces of evil. “God is good. God battles evil with love. That’s what the cross was all about,” Kelley says.

This new understanding of God’s character allowed Kelley to “fall into God’s loving arms without reservation” when Henry died.

Kelley wishes to share the passion she’s found in this view of God. “When I share the love of Jesus, defeat dissolves and triumph emerges. When I profess the truth that Henry’s death was not sent by God for a mysterious higher purpose, I find strength,” she writes.  Lord Willing? is Kelley’s testimony and she wishes to spread knowledge of God’s great love.

Jessica Kelley is a speaker and writer who blogs at JessicaKelly.com. She has degrees in psychology and counseling, and has worked as a school counselor. Born and raised in the South, Jessica lives with her husband and five-year-old daughter in Saint Paul, Minnesota where they attend Woodland Hills church. Greg Boyd, pastor of Woodland Hills, wrote the foreword for the book.

Lord Willing? Wrestling with God’s Role in My Child’s Death is available from MennoMedia at 800-245-7894 or www.MennoMedia.org, as well as at bookstores and elsewhere online.