We at MennoMedia recently launched a website to share information and allow individuals to contribute to the creation of a new song collection which we are developing for Mennonite Church USA and Mennonite Church Canada. The site is http://hymnalproject606.com/ 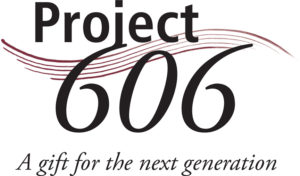 Project 606 is the name of the fundraising aspect of the development phase of the song collection. It was so named in recognition of the significance of the anthem version of the traditional “Praise God from Whom All Blessings Flow” prayer, affectionately known as “606” from its designation in the red 1969 Mennonite Hymnal. 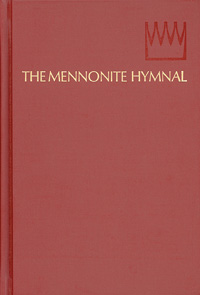 The 13-person hymnal committee, whose work the funds being raised is underwriting, is comprised of five Canadians and eight U.S. citizens and will met for the first time on September 22-25 in Harrisonburg, Va.

About hymn “606,” Russ Eanes, MennoMedia’s Executive Director notes he has been asked more than once, “When you do a new hymnal, can you put ‘606’ back it its place?” The goal for Project 606 is to raise $606,000 to pay for the Project Director’s salary, the travel, lodging and meal expenses for the 13 person hymnal committee over three years, administrative and other staff support to develop a new hymnal for the next generation of Mennonites. We need to raise these funds because MennoMedia is a small publisher without the financial reserves needed to undertake such a big project ahead of sales.

Some have asked “Do we really need another hymnal?” to which I reply, it has been 24 years since Hymnal: A Worship Book (HWB) was released, a longer gap than the 23 years between the red Mennonite Hymnal (1969) and HWB (1992). 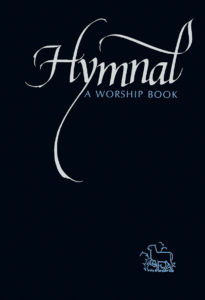 Churches have been asking whether they should replace their worn hymnals or wait for the next one. MC USA and Mennonite Church Canada have asked MennoMedia to produce a new hymnal. While at Mennonite World Conference in August, 2015 I noticed 60% of the music in the songbook was not in HWB, Sing the Story or Sing the Journey. These new songs greatly enhanced the corporate worship at MWC. The church is asking for a new song collection. We owe it to our faith communities to give them the best music resources available.

The “606” song, in a cappella form, continues to inspire, with stories abounding. On May 2, 2015, Garrison Keillor hosted his Prairie Home Companion radio program live from Goshen College. The show, which is broadcast nationally to an audience of four million, opened with the thousand-member, mostly-Mennonite, audience’s a cappella rendition of “Praise God from Whom All Blessings Flow.” When the singing ended, Keillor said, “Gorgeous, absolutely gorgeous. You’re stunning me.”

In March of 2016, Eastern Mennonite High School in Harrisonburg, Va sponsored a concert of the British a cappella music group Voces8. Their mix of sacred and pop music entertains audiences all over the world. Toward the end, as is customary, the again mostly-Mennonite audience sang a cappella for Voces 8. This year the EMHS crowd sang “Praise God from Whom All Blessings Flow.” As Eanes related, Voces 8 listened on stage in quiet appreciation. When the echoes of the final “Amen” receded, Voces 8 gave the crowd a loud ovation.

One member of the group, Ollie, was in tears. He later explained, “Sorry I was blubbering. Last year I was in a serious car accident, totaling my car. Amazingly, I wasn’t injured, but I blacked out. While I was unconscious, I had a strange sense of being taken care of in a special way. I felt held and looked after. It had a profound impact on me.” The audience’s singing of “606” again moved him, reminding him of God’s care.

Mennonites sometimes take beautiful singing for granted. “But we should never forget what a gift it is and that this gift is so readily obvious to outsiders,” reminds Eanes.

To date more than $235,000 has been given or promised representing nearly 40 percent of the goal. The www.HymnalProject606.com website accepts credit cards; those who give as little as $500 over the next 3 years can be named, or honor a loved one, with a line in the back of the hymnal. In addition to donations, people can recommend favorite songs for inclusion in the new hymnal. The committee has promised to consider each submission.

My wife and her five siblings have given a gift to honor their parents with a line in the back of the hymnal saying: Honoring our parents Russell & Gladys Alderfer, “Oh for a 1,000 tongues to sing.”

I encourage to honor your loved ones with a line in the new hymnal. Those in the U.S. can fill out the paperwork online, and both U.S. and Canadians can give using a credit card. Click here to visit the website HymnalProject606.com

Thank you for your gifts and support. It is much needed and greatly appreciated.

Director of Development and Church Relations