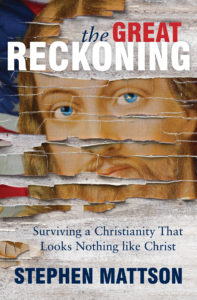 A dispatch from the wreckage of U.S. Christianity
Mattson urges moving towards a Jesus-centered faith in The Great Reckoning

HARRISONBURG, Va. — Disillusioned with an American Christianity that loves political power, promises prosperity, and feeds on fear, author Stephen Mattson offers a clear-eyed yet tender critique of where the church has gone wrong in The Great Reckoning: Surviving a Christianity That Looks Nothing like Christ (Herald Press, October 2018).

Tired of rationalizing how a loving God can be connected to unloving churches, institutions, and people, Mattson calls the church to critical self-examination through a “Jesus lens.” Instead of doomsaying or casting aspersions, Mattson offers hope for seekers looking to move away from the culture wars and toward a Jesus-centered faith.

“Similar to the Great Awakening, a series of revivals that permanently affected the Christian faith for years to come, I believe that we are living in what we could call the Great Reckoning: a time of soul-searching and truth-seeking and candid reflection on what we as Christians have allowed Christianity to become,” writes Mattson.

Mattson offers hope-filled examples of how Jesus followers can embody their faith in authentic ways.

“Decades from now, will the American Christianity of our day be known for a legacy of inspiration, or will its stance on racism, refugees, immigration policy, welfare, gender, and poverty leave a damning mark in history?” writes Mattson. “We must always be vigilant and aware of how Christianity is being co-opted.” 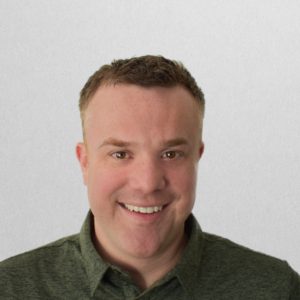 Stephen Mattson is a writer and activist whose work has been published in Relevant, Huffington Post, Sojourners, Red Letter Christians, and a variety of other venues. Mattson graduated from Moody Bible Institute, served as a youth pastor, and now works at University of Northwestern–St. Paul. He and his wife and children live near Saint Paul, Minnesota, and attend Woodland Hills Church.

To schedule an interview with Stephen Mattson, contact LeAnn Hamby at 540‑908‑3941 or [email protected].